How Node-RED can help you jumpstart your Call for Code submission: See two teams who used it for their solutions

How Node-RED can help you jumpstart your CFC submission - see how two teams at the AngelHack event used it to their advantage.

Innovators Rising was the theme for AngelHack’s 12th Global Hackathon Series and is perfectly fitting for IBM’s Call for Code 2019 Global Challenge. AngelHack’s Innovators Rising invited the world most ingenious minds to spend one weekend to build solutions related to disaster recovery. This call to action perfectly fits with Call for Code’s mission and it was our honor to collaborate with AngelHack this year and inspire attendees to participate in the IBM challenge and join the Call for Code Global Initiative. There were two teams that truly stood out with not only their mission to aid disaster recovery, but also their implementation and execution of IBM Watson™ services and Node-RED: Team RESP and Team Bin.

Team RESP was the winning team of the AngelHack IBM challenge. RESP’s team was a varied team of college students, graduates, bootcamp students, and professional developers. Their product aimed to be a physiological first aid for individuals facing the aftermath of natural disasters. RESP provides a set of digital tools for first responders to provide effective, ethical mental health intervention in the immediate aftermath of a disaster and diagnostics for long-term prevention. RESP is meant to be an extension of a first responder’s toolkit, adhering to the guidelines established by the World Health Organization’s Psychological First Aid Kit.

RESP is built with the Django REST Framework, React, and Machine Learning powered by IBM Watson. Its custom logistical regression classifiers were trained on post-disaster psychiatric data. There are three modules for RESP – Survey, Status, and Services. The Survey module provides a series of questionnaires intended for the first responder to fill out, inspired by the recommended questions asked for Psychological First Aid. This information is not only intended to establish a rapport with the disaster survivor but populated an anonymous database to allow the custom ML models to consume. Once first responders fill out a survey for a survivor, they are added to the Catalog and considered ‘checked-in.’

In the State module, survivors can note that they are seeking family members or friends, and if a match is found between their query and the Catalog, survivors can be notified and reassured. The catalog keeps track of a census, geolocation, and a survivor’s current risk of mental health symptoms based on his/her responses. The final module is Services, which uses offline geolocating to find nearby shelters and health facilities. 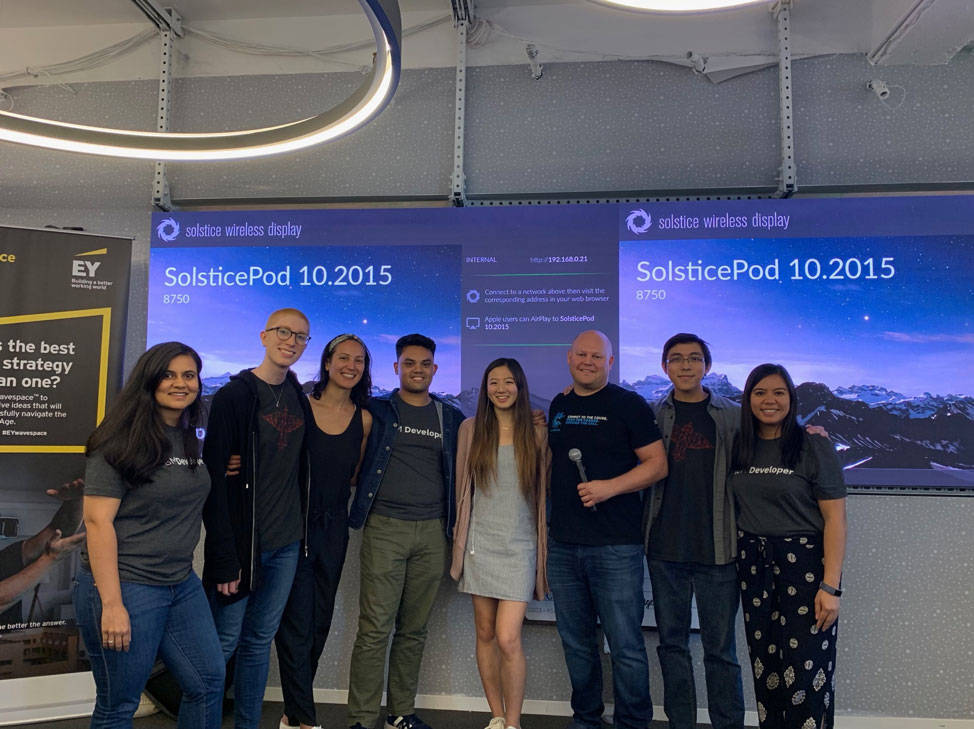 RESP will synchronize with other users when internet connectivity is restored and is intended to bounce off of Project OWL’s mesh network to synchronize catalog data and update a list of available services. RESP’s business model is to provide a public, free, open-source iteration, but with customized machine learning models and modules for an organization’s specific response needs. Organizations like FEMA, UNICEF, WHO, and more would be able to personalize their own models. And this is where the revenue stream can arise to pay for server costs and deployment of AI models.

Team RESP used IBM Watson Machine Learning models and Tone Analyzer services, prototyped through Node-RED, along with various other services to deliver a promising prototype that has great potential in the greater Call for Code 2019 Global Challenge. Be sure to look out for this dynamic team with a very important mission as they go on to submit their solution.

The second team that stood out at this event was Team Bin and their effective use of IBM Cloud services. Team Bin was announced as the winners of the overall AngelHack challenge. built and trained a machine learning model powered by IBM Watson as well as IBM Watson Visual Recognition prototyped in Node-RED to effectively label recyclable materials and find the appropriate recycling bins in any area to reduce waste and encourage users to be effective at recycling and sustainability. 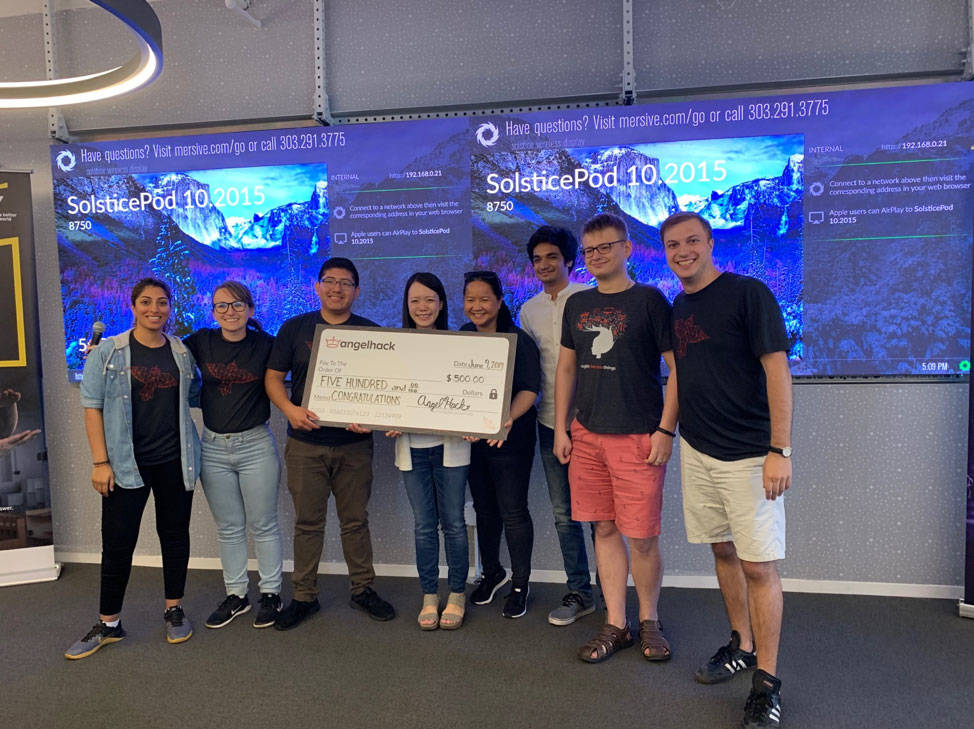 Their project was an application that used visual recognition to label and differentiate between paper, plastic, glass, aluminum, and trash to tell the user whether or not something can be recycled; and if so, provides where in their geographical location would be the best place to recycle these materials. Their prototype was very effective as it correctly differentiated from recyclable material and non-recyclable material. This team’s prototype not only used the powerful capabilities of IBM services but it also showed how a little innovation could change the world for the better.

This team was highly encouraged to submit for the Call for Code 2019 Global Challenge, so make sure to look out for Team Bin as well!

AngelHack on a mission to solve world issues

Overall, AngelHack provided a great playground for innovators to think outside the box and use technology to change the world for the better. There were countless other teams that shined in delivering innovative ideas, and it is with participation in events like these that we can truly aim to solve important world issues!

Get inspired and build your own solutions

With roughly a month left before submissions close on July 29, you might be wondering where you can participate in our other hackathons. Check the remaining events here: https://developer.ibm.com/code-and-response/events/

Stuck on ideas? Visit our solution starter kits. We have four that you can choose from: