Hackathon in Melbourne resulted in innovative response to Australian bushfires

Call for Code hosted a recent hackathon in Melbourne. Read some of the ideas that came out of the hackathon.

Here in Australia, we have all grown up seeing the devastating effects of natural disasters. We have also seen how organizations, like the Country Fire Association (CFA) and The Australian Red Cross give hope to affected victims through their recovery efforts.

Personally, the one thing that I love about programs like Call for Code is the way it brings together developers, designers, and digital enthusiasts with the intention of building solutions for organizations that do amazing work during times of need.

With its inaugural launch last year, Call for Code definitely achieved this and certainly inspired developers all over the world that they can help make a difference!

This was the first time that a Call for Code hackathon was run in an Australian city and developers stepped up and answered the call. As the IBM Developer Advocate based in Melbourne, I was especially proud of the effort that our local creators showed over the weekend and the way in which everyone worked together to solve the problems at hand.

We saw some great solutions being built out over the weekend from gamified bushfire community-plan generators, to early detection and responsiveness solutions for emerging natural disasters.

The event was held July 6-7. Burritos were served for lunch on Saturday with tons of snacks to keep everyone fueled up throughout the day. On Sunday, folks munched on burgers to keep everyone working hard until the 1pm finish. Developing a solution is hard work!

The judges were really impressed with the solutions that the Melbourne teams built over the 24 hours and had a tough time awarding a first and second place.

Team 4 came in second place. They built a gamified app that assists in the building of a community’s bushfire readiness plan. Developed with guidance from the CFA mentors, the isometric game was built in Unity using Node.js and runs on IBM Cloud. Judges were impressed with the smooth and clean graphics, plus the easy-to-use interface. It was a great intuitive user experienced backed up by a solid IBM Cloud backend stack. 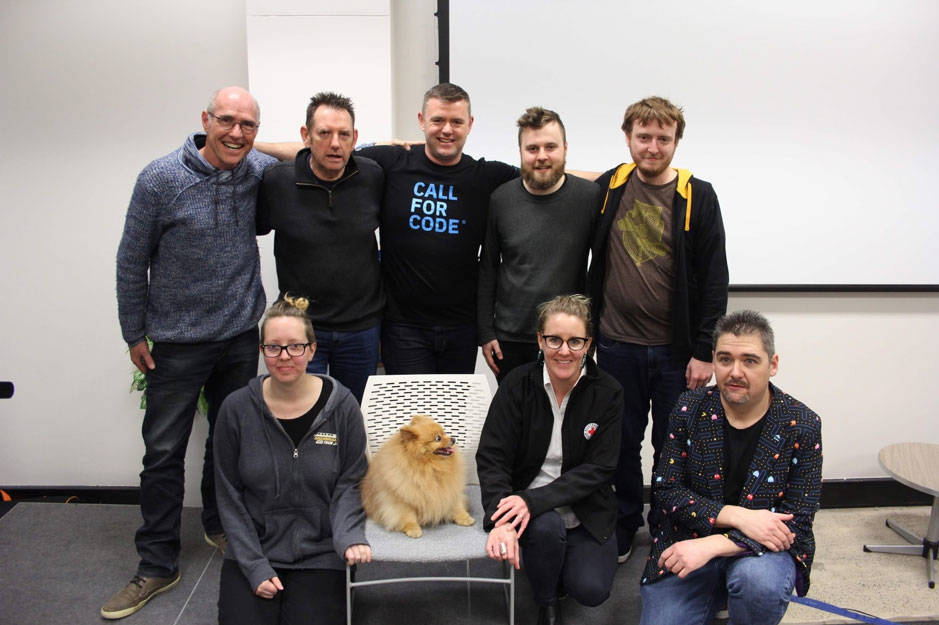 On the stack side of the app, Team 2 built their mobile app by using Outsystem, which allowed them to build a cross platform and then connect up the backend via an API.

For the backend of the app, they used Node-RED and found it particularly handy to get API routing from a mobile app up and running really quickly. It was especially helpful for being able to redirect data flows into a number of different AI/ML models once the data from the app was available in the database.

About Team 2 and how they met

Like other teams who go on to submit to Call for Code, both Christopher Bossard and Isaac Rossado did not know each other before the hack. They met at the Melbourne event and decided to form a team on day 1. Both worked tirelessly around the clock throughout the 24-hour hackathon. Both Bossard and Rossado found the energy to persevere through the 24 hours through their love of the challenge of building out something that could save lives and make a difference.

Isaac, who is a Full Stack, devops, and CI/CD engineer, said he was able to relate with end users that they were building their application for based on his personal experience of encountering natural disaster recovery. “Growing up in Mexico, I had to live through a few natural disasters and the recovery efforts that followed helped inspire the creation for our app,” Isaac said. 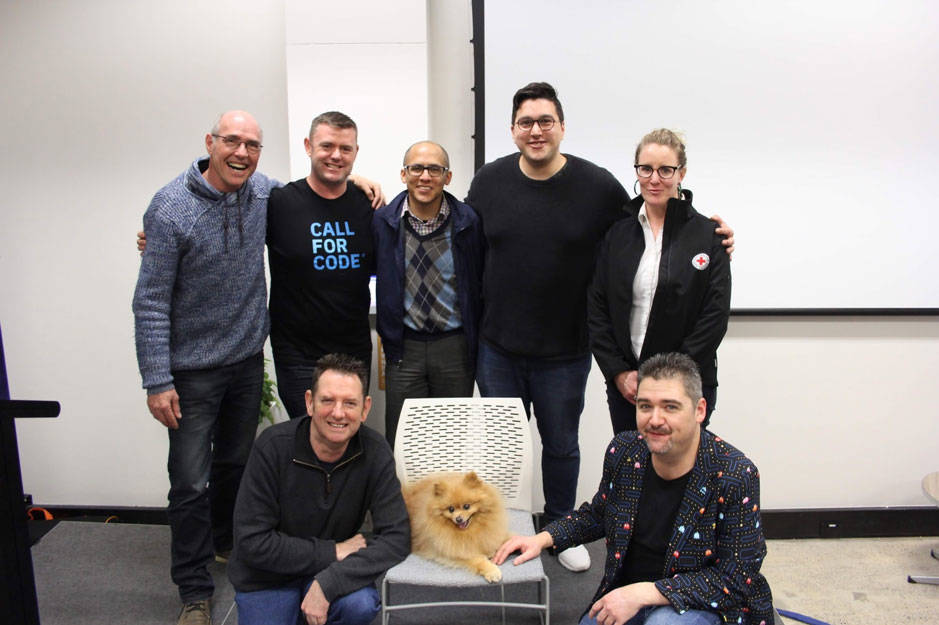 Special thanks to the IBM Developer team and the work they did to make it happen. Shout out to Ben Peterson, Cong Nguyen, Oscar Adinolfi, Natasha Kojokari, and Rahul Soans.

I’d also like to thank Raoul van Engelshoven, Chris Barber from CFA, and Jacqui Pringle from the Australian Red Cross. And finally, a super special thank you to Emma Howchin, the awesome Steve King, and superstar AlvinthePom for all the help and countless hours they helped in making the event all it could be.

I’m super proud of all the people who answered the call and spent time building solutions that one day may help people facing natural disasters. Connect with me on Twitter @DeveloperSteve to check on future events in Melbourne!

Check out the tools that Team 2 used in their solution

Did Team 2 inspire you? There’s still time to create and hone your solution! Call for Code submissions close on July 29 at midnight PST. Answer the call now.

Here are some of the technologies that Team 2 used:

Stuck on ideas? We have just the thing: our first-ever Solution Starters! They’ll give you ideas and kits to help you create your own Call for Code solution!

What happens in Bikini doesn't stay in Bikini: A recap of the Call for Code hackathon in Berlin